Muziris – “Rising from the ruins”

Around 2,000 years ago, Muziris was one of India’s most important trading ports, on the Periyar River close to the Arabian Sea. From the time of King Solomon of the Bible, traders from Rome, Greece, Egypt, and Persia made their way to this once bustling port city Cochin on the south-west coast of present day India, seeking the exquisite spices that the region was famous for. As the quality of the spices from Muziris spread far and beyond the Indian Ocean, a stream of merchants kept flowing into Kerala and the port gradually became an unavoidable juncture in the “Spice Route.” While spices were the major-traded commodity, semi-precious stones were bartered as well. Trade, however, was not their sole concern. There was considerable amount of knowledge exchange and cultural give and take. In 1341, a devastating flood wiped out this once sprawling port city. The archaeological excavations have located the site of Muziris in the village of Pattanam, an hour’s drive from Cochin.
Now tourists have the opportunity to explore the ruins and remnants of a bygone period that was amazingly opulent according to several historical accounts.

Muziris welcomes you to the cape of trade culture, left behind by its ancestors from around the world, to the waves of Azhikode where Christianity first entered India, to the Cheraman mosque that gave out the first Muslim call for prayers, to the Bharani festival at the Kodungallur Bhagavathy Temple, to the original culture of the Jewish synagogue, to the village where handloom spins think of heritage, to the Palium Palace, and to the old waterways that led one to Muziris. 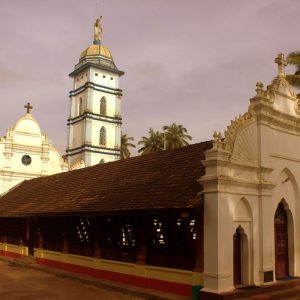 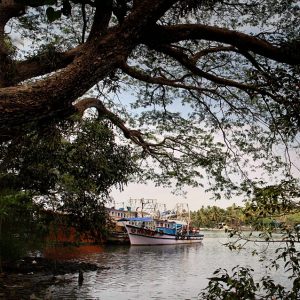 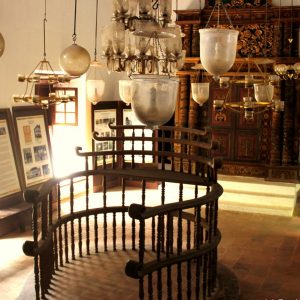