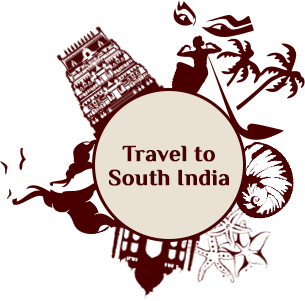 Our thinking is quite simple: offer the best journey – an experience beyond the usual. With 20 years in the industry and as many years of travelling through the most sought-after and the lesser travelled places, we understand that it’s all about being in the right place, at the right time, with the right people. The best experiences can sometimes be a simple meal with a local family, an unexpected encounter during a game drive, a canoe ride through the intricate narrow canals, a walk through the never-ending paddy fields, a real bargain at the local fish market after your host asks you to buy fish for the day’s lunch or witness the evening ceremony at a temple.

There are some living spaces we are most passionate about, the ones you can revel in the experience of intimate hospitality, artisan skills of local cuisine, getting to know the little known locales, relax & rejuvenate, serene and predominantly untouched country and coastal locations. Here are a few... 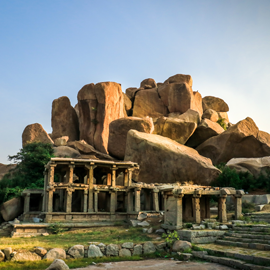 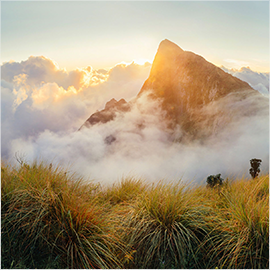 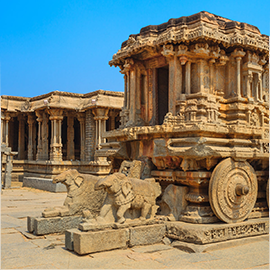 Waking up a morning in South India, one thing is certain. Your day will never, ever be dull. It is so incredible and colorful. A diverse cultural treasure trove with few parallels – the amazing rock-cut temples of Mahabalipuram, the palaces, the tombs, forts, and mosques of Hyderabad, the magical ruins of Vijayanagar capital at Hampi, the lazy backwaters of Kuttanad, the white sandy beaches of Havelock Island, the great living Chola temples of Thanjavur, the wilderness of Kabini and Bandipur, pristine and serene beaches of Kannur, toy train at Ooty, the spiritual Theyyams of North Malabar, the coral islands of Lakshadweep, and a whole lot more. 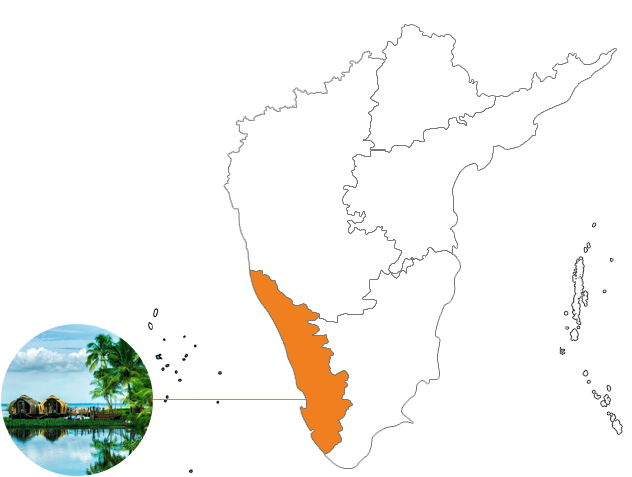 Wedged between the Western Ghats on the East and the Arabian Sea on the West, the narrow strip of land known as Kerala is the destination of a lifetime. It is the land of 44 rivers, innumerable lakes, languid network of glistening backwaters, the spice- and tea-covered hills of the Western Ghats, exotic wildlife, traditional art forms and rituals, sprawling paddy fields and 600 km of glorious Arabian sea coast and beaches. Kerala’s diverse culture is influenced by three main religions: Hinduism, Christianity, and Islam. This land’s rich culture can be best witnessed by experiencing its festivals that are celebrated year round. Kerala has a tropical climate and remains pleasant for most part of the year. April to June is the summer time, with the maximum temperature remaining around 33 degrees centigrade. The monsoon begins in the month of June and continues till September. 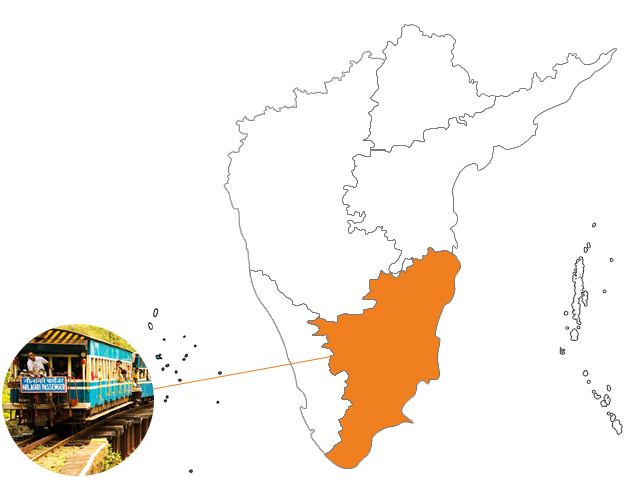 Tamil Nadu is the homeland of one of humanity’s living classical civilizations, stretching back uninterrupted for two millennia and very much alive today in Tamil’s language, dance, poetry, and Hindu religion. Tamil Nadu, the land of the Tamils, is the heart of Dravidian culture with a distinctive style of their own. It is situated in the south-eastern part of the Indian peninsula and is bounded by the states Andhra Pradesh and Karnataka in the north and Kerala and Karnataka in the west, with the Bay of Bengal in the East. At the southern tip is Kanyakumari, where the Bay of Bengal, Arabian Sea, and Indian Ocean meet. There is a lot for tourists packed into this state, which remains proudly distinct from the rest of India, with its amazing rock-cut temples of Mahabalipuram, the great living temples of Thanjavur, the blackbucks of Point Calimere, the toy train ride in Ooty, the ghost town of Dhanushkodi, the Chettinad cuisine, the wilderness of Mudumalai and Mundunthurai, the night ceremony at Sree Meenakshi temple, the escape to the very end of India where the three seas mingle, or the cool, forest-clad, wildlife-prowled Western Ghats. 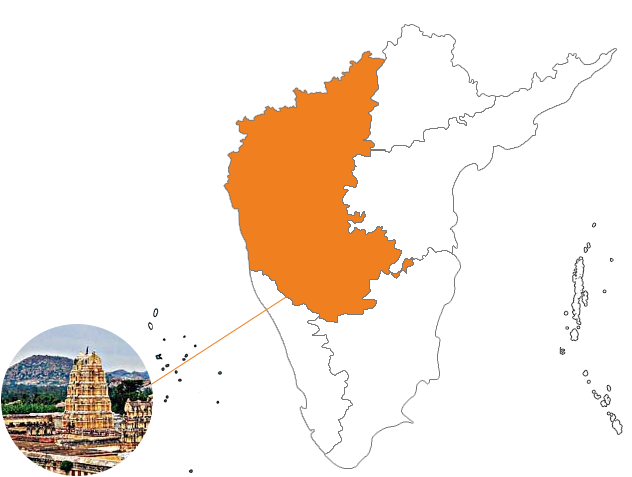 Karnataka, a state located in southwest India with Arabian Sea coastlines, is host to some of India’s largest and most powerful dynasties. Across the centuries, the state has carried a legacy of art and culture. Blessed with a diverse makeup conforming to all the romance of quintessential India, Karnataka delivers the best – the regal splendor of Mysore, the tranquil Hampi with psychedelic sunsets, the ancient strewn ruins of the Vijayanagara Empire, the coffee plantations, the jungles teeming with monkeys, tigers, and Asia’s biggest population of elephants, or the blissful beaches of Gokarna. 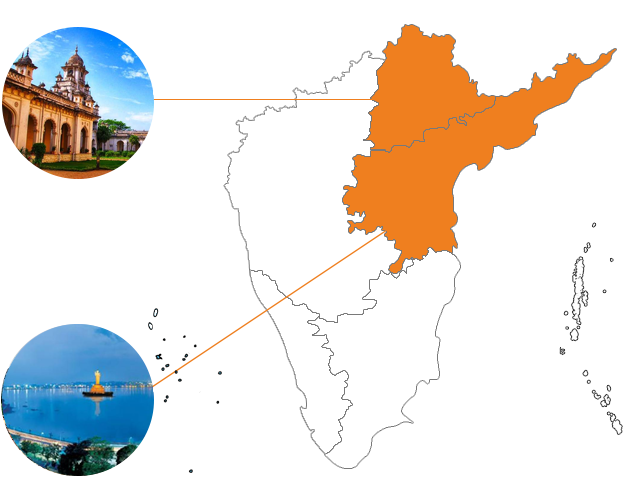 Andhra Pradesh borders India’s south-eastern coast. The north-western portion of the state was bifurcated to form a new state, Telangana. Major cultural landmarks include Tirumala Venkateswara Temple, an ornate hilltop shrine to Hindu’s Vishnu, situated in the southern part of the state. It is visited by tens of millions of pilgrims annually. Hyderabad, the fascinating capital, is reason enough on its own to visit this region. Its old quarter of colorful markets, teahouses, biryani restaurants, and narrow lanes are studded with the monuments and palaces of bygone dynasties. The major northern port of Visakhapatnam has popular beaches like Ramakrishna and Rishikonda, lining the Bay of Bengal and offering spots for swimming and surfing. Andhra Pradesh also harbors the wonderful medieval temple sculptures of Palampet, the beauty of ancient Buddhist sites such as Sankaram and Guntupalli hidden in deep countryside, and Belum Caves, the longest caves in Indian subcontinent. 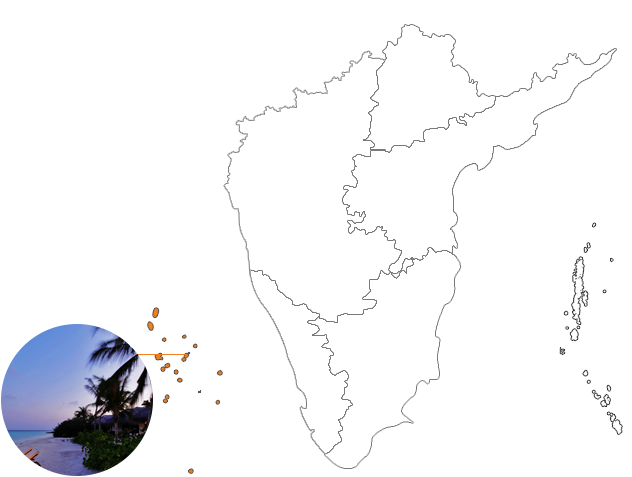 About 220 to 440 km away from the cost of Kerala, lies one of the world’s most spectacular tropical island systems in a scattered group of 36 coral islands, collectively known as Lakshadweep. They form a part of the Union Territory of India and are one of the country’s newest tourist destinations. Of the 36, only 10 of the islands are inhabited by simple, peace-loving folks, whose language is close to that spoken in Kerala. The administration ensures that the way of life of the islanders is not disturbed by external influences. It is India’s only coral island chain. Most of the islands have a lagoon on their western side, enclosed by a coral reef. The lagoon runs through the entire length of the island and differs in width and depth. The islanders have lifestyles and occupations that revolve around coconut cultivation, coir matting, and fishing. The islands that are open to tourists offer simple non-luxurious beach cottages. Snorkeling and scuba diving are the main activities on these islands. Lakshadweep island can be reached by ships and flights operated from Kochi. The airstrip is in Agatti, and other permitted islands can be reached by boat. For all tourist purposes, Kochi is the gateway to Lakshadweep. 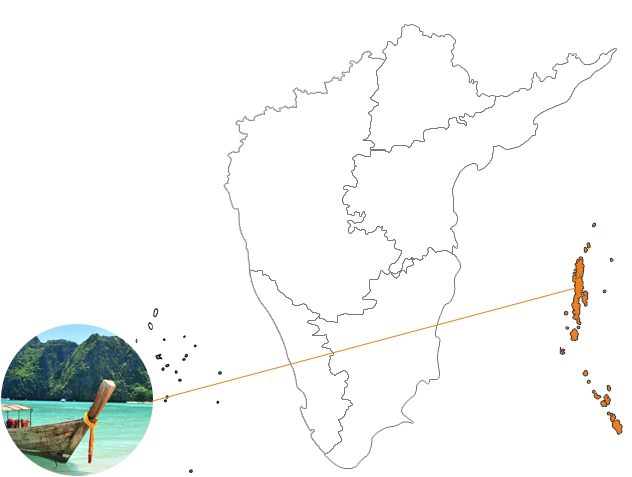 A tropical paradise in the truest sense of the term, this archipelago is located about 1,000 km off the eastern coast of India in the Bay of Bengal and a Union Territory of India. Out of total 572 islands, 38 are inhabited. Port Blair is the capital with only one airport in Andaman. Tourists can visit the Andaman group of islands, but the Nicobari islands are restricted from tourism activities to avoid causing any disturbance to the tribals, who constitute the majority of the population residing there. Picturesque beaches, crystal clear water, and a bit of history make Andaman the perfect choice for a laid-back, enjoyable vacation, with long treks, lazing around on the island backwaters and for the more adventurous, deep sea diving. From the multicultural town of Port Blair, pristine white beaches of Neil and Havelock Islands to the limestone caves of Diglipur, Andaman offers something to every tourist.